In recent weeks, the Ukrainian media community has been discussing   how should journalists work during martial law  — what can and cannot be filmed during the war, what information is forbidden to disclose publicly, what is better to keep, and what is safe and will not harm.

The Ministry of Defense of Ukraine has issued a special order of the Commander-in-Chief of the Armed Forces of Ukraine on the basics of interaction between the media and the military. Volunteers do not have a ministry and centralization but they also do important work during the war, and their security and effectiveness are critical to the survival of many Ukrainians. We interviewed logistics experts from NGO “Ukraine SOS”, Charitable Foundation “Kharkiv with You” which has been delivering humanitarian goods to eastern Ukraine since the beginning of the Russian invasion, and Roksolana Yavorska, spokeswoman for the Security Service of Ukraine in Lviv oblast. Their recommendations on the interaction of the media with volunteers are similar to the instructions of the Ministry of Defense in the main — covering, do not hurt.

There are three types of damage that can be caused by careless coverage of their activities.

1. Endanger the lives, health and privacy of volunteers and migrants.

Not all volunteers are public figures. For some, appearing in the media can cause conflicts, over-attention, and even extorting “humanitarianism” from relatives and neighbors. Always ask who can and cannot be filmed, titled in stories or mentioned by full name in the text. Ask the head of the organization if everyone can be filmed and mentioned in the text. Invite those who do not want to be in the frame to stand aside for a few minutes. Do not report the number of migrants in a particular shelter. Do not remove people if they have not given their consent — this could endanger them or their relatives who, for example, have remained in the occupied territories.

2. Create a danger to humanitarian goods.

During the war, valuable humanitarian goods can become the target of looters, robbers, swindlers and, of course, the enemy. Do not give information about the routes of movement of goods or places of their storage which may be useful to thieves. Warehouses are especially important — exposing the location of a warehouse can jeopardize the activities of the entire organization.

3. Interfere with the effective work of volunteers.

When volunteers organize the distribution or targeted delivery of humanitarian aid, they determine where it will take place, when, and by which number volunteers can be contacted. That is, volunteers themselves determine the degree of their publicity. This is important for their effective work. Any other addresses and contacts that get in the media can paralyze the work of the entire organization. Agree on such information before publication.

Also, when preparing materials, do not interfere with the work directly — do not stand with cameras in the aisles, ask to delay the shipment or departure of migrants just so that you have time to take an interesting picture.

Based on these principles, it is possible to formulate what can and cannot be demonstrated in the media.

What cannot be captured in photos and videos:

1. Location where humanitarian goods depot, migrant shelter or aid points are located. It is very easy for local residents to understand exactly where it is in typical landmarks and neighboring buildings. With such data, you can find the address even through GoogleMaps. Obviously, you do not need to film signs with street names and house numbers. Even more vulnerable warehouses and delivery points in the blocked cities — they can be the target of an artillery strike — this happened in Donetsk oblast and Kharkiv oblast. If you have to shoot the work of volunteers on the street, work close-ups with neutral backgrounds behind (for example, a blank wall), avoid panoramic shots.

2. Car numbers. With access to the vehicle registration database, it is very easy to find out who the car is registered for.

3. Phone numbers and other inside information. It happens that some important numbers or addresses are written by volunteers on flipcharts, posted on the walls of offices for convenience. Avoid getting such information in the frame.

What can be captured in photos and videos:

1. Volunteers and migrants who agreed to film.

3. Distribution of “humanitarian” to residents (without hitting the details that will reveal the location), targeted delivery of goods to people’s homes or transfer of care to medical institutions.

4. Loading and dispatch of humanitarian cargo but without getting into the frame of car numbers, local landmarks, etc.

What can be reported in the media:

1. Hotline numbers and location addresses that volunteers distribute themselves.

2. Names of civilian institutions, if their leaders have agreed.

3. The amount of assistance provided, a list of the level of detail provided to you by volunteers themselves.

4. Current needs of residents, volunteers, institutions, even entire cities — this will help benefactors from your audience to provide really needed help.

Those pieces of advice for media were prepared by NGO “Lviv Media Forum” in cooperation with Lviv Regional State Administration, Ukraine Media Center, NGO “Ukraine SOS” and Charitable Foundation “Kharkiv with You”. 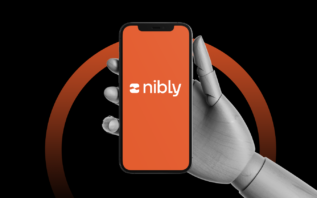 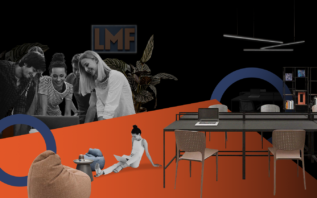