How to read news during the war | Author Otar Dovzhenko

The main thing is not to do what the enemy expects from each of us.

You can’t stop flipping through the news feed or turning off TV. You feel a flurry of emotions that are constantly changing — from joy to sadness, from fear to euphoria. Eventually oversaturation occurs — it seems that your brain will now explode. And then — emotional exhaustion. These are typical symptoms that almost everyone experiences these days. After all, in our minds there is the battlefield of information and psychological warfare.

Modern war is a war of nerves even more than a war of missiles and tanks. The aggressor uses all available means to accelerate the result that is most beneficial to him: capitulation. A huge number of Russian specialists are working on information and psychological operations  against Ukraine.   While the military is advancing on the ground and in the air, the attack in the information space has several key tasks.

To disorient the military. They waste resources responding to reports of threats that do not actually exist.

To demoralize the military. To do this, they are informed in any way that resistance does not make sense, the leadership of the state fled and “merged everyone”, their comrades have already laid down their arms, and they should do it as soon as possible. Professional soldiers are usually taught to resist such influences but civilians who have joined the army can be affected.

To demoralize civilians. To frighten, paralyze everyone with fear for their lives and the lives of their children. The aggressor hopes that society will approve and demand from the leadership of the state to cease hostilities on any terms (again, capitulation).

To destroy the unified communication of the state. During the war, it is especially important that all the government and the military leadership voice one position, one version of what is happening. Ukraine has succeeded these days (and those who know Ukrainian politics well will agree that this is a real miracle sent to us from heaven). However, the only voice of the state is lost among an infinite number of fakes, versions, false refutations or interpretations.

To cause a panic. It is much harder for the military to defend itself when roads are blocked by fugitives. It is more difficult for the civilian authorities to provide for the most needed and to keep the economy from collapsing when crowds storm ATMs and snatch everything from stores.

To create a collapse in the info space. To do this, with the help of social networks, messengers, publications in the media controlled by aggressor (which, unfortunately, often voluntarily distribute others) information space is saturated with a huge number of false messages. Some of them look like the truth, others do not; some have some truth, some can be emphasized as absurd, such as “popular singer was naked in support of the Ukrainian army”. The human brain’s ability to consume and analyze information is limited, so a person immersed in a poisoned info space soon finds himself in a stupor. He no longer sees the line between reality and fiction. He may begin to believe any false message or vice versa — see fakes in the messages of official sources.

All this is good for the aggressor because it forces us to do what is good for him. But we do not need all this at all. Therefore, you should at least try to resist the forces that drag you into a whirlpool of information chaos or enemy-controlled emotions.

Do not believe unconditionally. Of course, you know that you can only trust high-quality and responsible media. This is true but there is one caveat: people work in the media, and people tend to make mistakes even in peacetime. It is extremely difficult to verify information during the war, at least because the usual connection with sources is practically destroyed. Therefore, the media spread a lot of information that did not pass the standard screening procedure for quality journalism. Simply because if you do not lower the bar of requirements for verification of information, there will be nothing to report.

For example, the mayor of the regional center reports on his official page about the landing of enemy troops in one of the cities of the region. This is extremely important news for the country, and the mayor is the official source. Another thing is that he is not a military source but the media assumes that he is informed from reliable sources. The news is published in the Ukrainian media, from them it reaches the world … But soon it is denied — someone got something wrong. In other circumstances, such a mistake by journalists could be an occasion for a small professional character, but during the war it is an ordinary annoyance. More than once, even the official pages of the authorities, not just the media, soon removed the news.

In short, if you do not see an event with your own eyes, not hear direct speech recorded on video and clearly not taken out of context — trust it carefully. Always keep in mind that any message during the war may be inaccurate or not confirmed at all.

Be careful with interpretations. The creators of fakes and propaganda materials are well aware that news, supplemented by photographs, videos or audio recordings, are perceived as much better — because here, they say, is proof! At the same time, comments or eyeliners to these photos, videos or audio often give a ready-made interpretation, programming for a certain perception of what you see. For example, about photos of people standing by the road, you will be written that it is the inhabitants of Ukraine meet with flowers Russian tanks. In fact, it is the turn of beer in Barnaul.

Do not believe the legends. And by no means, do not pass on what you have heard from someone without verifying. The other day in an underground vault, overcoming another air raid, I was listening to a handful of young people telling each other the news of the war, read on the Internet. Not only that, most of this news was a priori fake: inattentive readers also inadvertently distorted a lot of facts or added something of their own — a kind of instant effect of a broken phone. Why is it dangerous? A recent study by NGO “Media Detector” and “the Democratic Initiatives” Foundation found that word-of-mouth is one of the most common ways to consume news. 28% of respondents say that they first learn the news from friends and acquaintances. All of them are working with “broken phones” these days, and you should not get involved in this process. Important news heard from other people should be checked in official sources, and unimportant news should be overlooked.

Do not slurp from dirty springs. And in peacetime, and especially in wartime, there is a huge number of information dumps. Some of them broadcast refined propaganda and selective lies but more often they alternate lies with half-truths and even truths, sometimes even seemingly “uncomfortable” for the aggressor. This presentation of content is more credible. This means that even a Telegram channel that works for Putin can occasionally write something bad about Putin to make you believe that the channel is independent and read on.

You may be tempted by the idea of seeing “what is lying there”, what the situation looks like from the other side. You should not succumb to this temptation. Toxic materials upset, increase confusion, make you waste time and energy arguing with people you will never convince. You really don’t need to know that they are lying there — lies will find you even without campaigns in the enemy information territory.

Watch out your reaction. It would probably be absurd to recommend “calm down” and “not worry” on terrible and decisive days for the country and its people, but, again, out of balance, paralyzed by fear, confused or overwhelmed by unproductive anger — a questionable value for the Motherland. If you feel that the news is too frustrating for you, just pause. In these pauses, isolated from the news, you can do something for your family, loved ones, for yourself (it is important to take care of yourself even on such days) or useful for the Motherland. If you can’t control your emotions, it’s best not to consume news at all.  News about really important events will most likely be brought to you by other people, and you can live a few hours without unimportant ones – it is tested.

If it calms you down — read, or watch or listen, if you are more comfortable. Psychologists explain the desire to constantly consume news in crisis situations by the illusion of control. If we know what’s going on, we seem to influence events with our knowledge. If for some reason you can’t join the fight or help those who are fighting, calm down with the news. But!

Don’t be thoughtless distributors. This is especially true of messages with the postscript “!!! maximum repost !!!!” or “DISTRIBUTE IMMEDIATELY”. It is thanks to the armies of automatic distributors who believe that they are doing something useful by pressing the “repost” button that the most harmful fakes go viral and reach millions of audiences. Before you distribute any message, make sure you:

1. Read it carefully, if it contains video — watched, and if audio — listened to the end.

2. Know the person, organization, or media that is the source of the message, and know what the source is. We remember that even the media and official sources in a crisis can mislead and spread lies. Is this person or organization competent, or was it also “asked to distribute”?

3. Understand why you are being asked to spread this. What is the purpose of mass publication of this information? Will it help someone? Will it encourage certain actions? Are you sure this is reasonable and correct? Do people just need to know it? Really? Why?

4. Counted if not to a hundred, then at least to thirty. During this time, the initial impulse will fade, and you may be able to look at the information you are being asked to disseminate in a different way.

5. Not sure — do not distribute. In more than two decades of using social networks and their predecessors — forums and blogging platforms — I have seen few cases where people regretted not sharing information. And there were a lot of cases when it was ashamed for the thoughtless spread.

Being informed is important, but maintaining mental health, not harming yourself and others, is more important. After all, we want to endure, repel the onslaught and live to see the day when news from Ukraine will be boring again.

This material was produced within the framework of the project “Western Ukrainian Media Network for Counteracting Misinformation” with the support of the Lviv Media Forum and the Analytical Center of Communication Research Networks. 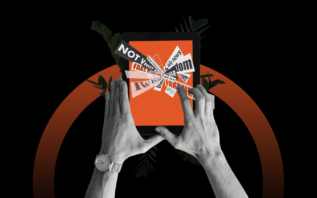