Lviv Media Hub is a charging station for the media community created by Lviv Media Forum. A feature of the space will be regular networking for Ukrainian and foreign media professionals as well as creative industries representatives.

The opening will take place at the end of August, and, in the fall, the hub will operate in test mode. The Lviv Media Forum has not disclosed the location yet for security reasons, but it will be one of the revitalized post-industrial areas of Lviv. Thanks to this location, residents of the hub will combine work with chilling in a coffee shop, training in a sports club and attending cultural events.

The hub’s mission is to support and develop professional media community, combining with further integrating Ukrainian media workers into the global community. “A community stronger than walls” is how the founders of the hub describe their mission.

In addition, the space solves quite practical tasks. For example, it can be a temporary office for journalists on a business trip or an alternative to a co-working space for freelancers.

Currently, there are three formats of Lviv Media Hub’s work. The first is the reservation of a workplace, as is usually the case in a co-working space. The second is renting a conference room for the whole team, for example, to hold a meeting, strategy session or brainstorming. And the third is a platform for workshops, meetings with investors or readers, educational lectures and other editorial events.

Who can work at Lviv Media Hub:

“Because of russia’s full-scale invasion of Ukraine, many editorial boards lost their physical workplaces and were forced to leave their homes. We received a lot of requests from colleagues and did everything that depended on us, but we needed a system solution. That is why the idea of ​​opening a hub was born – a place where journalists will have conditions for comfortable work and networking. Lviv Media Hub makes it possible for the media team to work side by side again, and in addition, to save on renting an office or co-working space.” — the head of the Lviv Media Forum, Olga Myrovych.

During the equipping of the workplaces, we took into account requests from the media workers regarding the location of sockets, the width of the tables and zoning. Residents will have access to Wi-Fi and the necessary equipment. The space is equipped with a projector, screen and audio system for events and presentations. There is a resting space with coffee, tea and sweets.

We also took care of safety: the Lviv Media Hub building was recognized as safe by the State Emergency Service, and there are 3 shelters within a 5-minute reach during an air raid.

“Journalists are often targeted in this war. A hub must be a place of safety, professional support and interaction. Therefore, we have chosen a semi-closed work format and introduced guest verification and a card access system. It is a safe space for “healthy” media, where there will be no place for those who have practised and are practising connections with russian and pro-russian forces,” — co-author of the project Lviv Media Hub Liudmyla Pavlii.

How to become a hub guest?

To become a resident or a guest of the hub, you need to leave an application and confirm it no later than a day before the visit. In all subsequent visits, it will be enough to reserve a place through the calendar or messenger.

At the same time, up to 35-45 people will be able to work in the hub. The time spent in space during the day is unlimited. There is no fixed payment: guests are free to make donations, which the Lviv Media Forum will direct to help Ukrainian editorial boards.

More details about the work of Lviv Media Hub will be announced later. If you have questions now, write to us at info@lvivmediaforum.com. 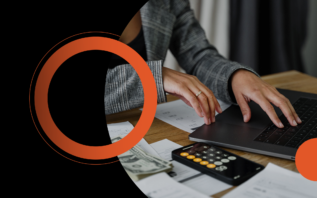