In January 2022, the team made a plan in case of a full-scale Russian invasion of Ukraine. With the first explosions on February 24, Lviv Media Forum reformatted its activities and now is supporting local independent editorial offices in general and journalists in particular 24/7.

Due to the war, the Ukrainian media market suffered significant losses and needs stable support. Journalists have faced not only physical threats but also financial difficulties. The old financial models of the media no longer work, and most sources of income have been lost.

Support and restart of the Ukrainian media is impossible without the help of the civilized world. That’s why we created a page on Patreon so that everyone who cares about the development of Ukrainian independent journalism can join financially: patreon.com/lvivmediaforumUA.

This will add to our resources and we will be able to help journalists in a stable way. The amount of the contribution is not fixed, and the funds raised will be spent to ensure the proper functioning of the Ukrainian media.

During the 60 days of the war, we provided shelter and a place to work in Lviv for more than 160 journalists, as well as assisted 82 editorial offices.

The organization is developing strategic decisions to ensure that the Ukrainian media is ready for the challenges of both wartime and postwar. Patrons will be able to learn more about the results of our activities.

Media document and cover Russia’s ugly and brutal crimes. The world would not have learned about the atrocities in Mariupol if there were no reports of journalists Evgen Maloletka and Myroslav Chernov. Photojournalist Stas Kozliuk and his colleagues has captured the aftermath of the massacres in Bucha, Gostomel and Irpin. Hundreds of their colleagues continue to work often as the only source of information in the area of hostilities and occupation.

Despite the danger to their lives, journalists continue to tell the truth. Their activities are approaching the end of the era of Russian terror in the world. The plots they shot, gigabytes of photos, videos, the written texts would be evidence for the international tribunal.

The voice of Ukrainian independent journalism should be as loud as possible. Become ambassadors of truth — support the development of Ukrainian media.

If your friends are also interested in the Ukrainian media and Ukrainian agenda, please share the link to Patreon asking them to support this initiative. 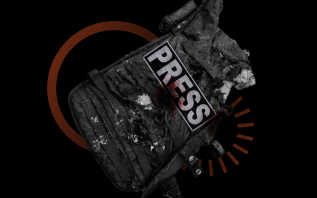 Russia kills the truth about invasion to Ukraine: losses among journalists during 60th day of war 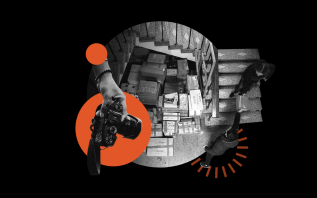